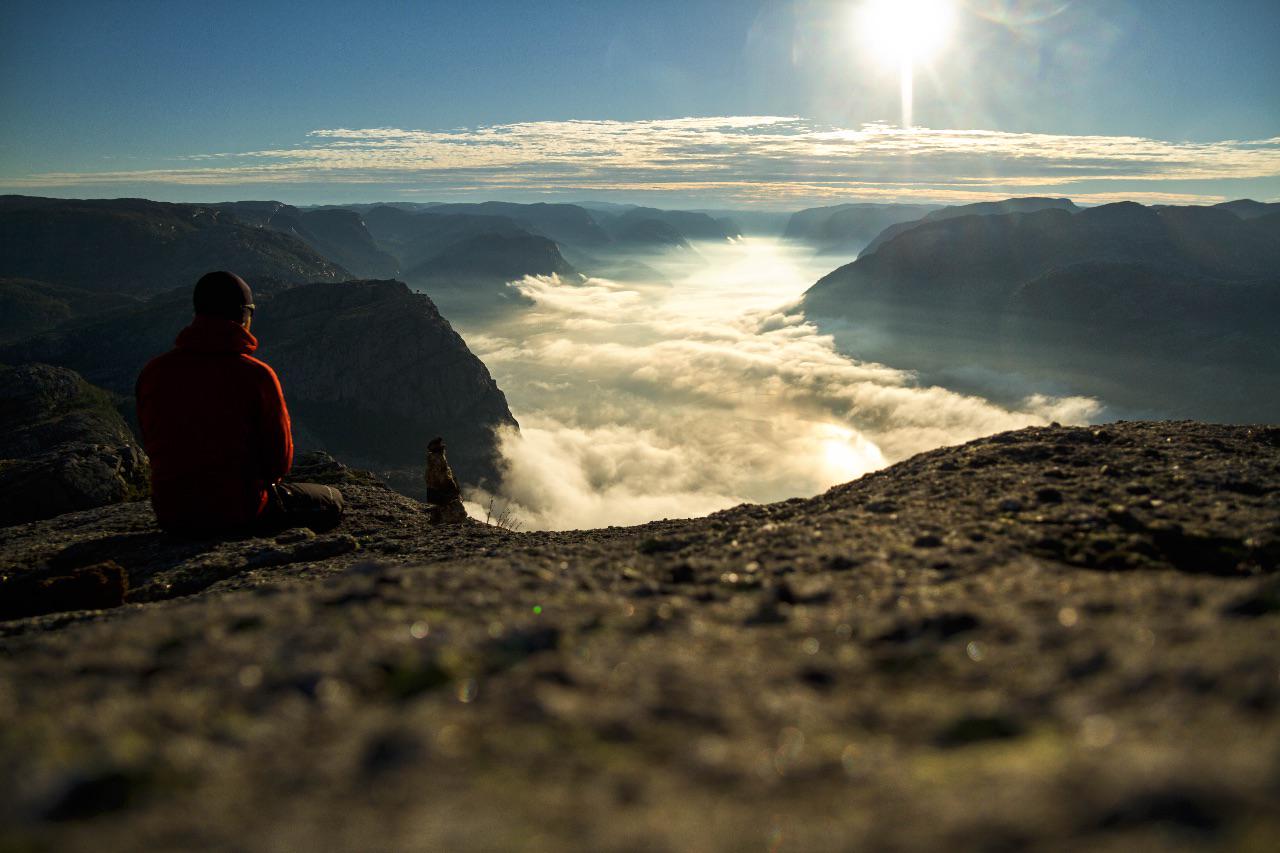 There is a growing practice online with the lockdown that people share pictures of their trips with others to help themselves and others to escape mentally. I like that and considering that I was lucky enough to travel quite a bit and like taking pictures, I thought that I would the same -hopefully- every day, one location at the time, with no more than five pictures (here is the real challenge...).

I decided to start with Norway, the country that impressed me the most, which I nonetheless divide in two parts, already bending the rule that I just set. Here are five pictures of memorable trips in this incredibly beautiful place.

The first picture on top of this post is, of course... a fjord. Probably the most well-known emblem of Norway. This high and narrow valleys were carved by gigantic glaciers. The cliffs can measure up to 1500 m. The water inside is a mix of fresh and sea water. There is an unmatchable beauty to this and I can look at them for hours, fascinated by their sheer beauty at every moment of the day.

On that picture, I was looking at the Lysefjord on my last morning in it. Back in 2016, I took a leave without pay when I learned that a family member was diagnosed with cancer. During these three months, I traveled to Stavanger, in the south of Norway. From there, a boat dropped me in the Lysefjord, worldwide known for its natural platform overlooking the fjord, Preikestolen, and a boulder suspended above a 1000m abyss, Kjeragbolten. I walked for five days and walked up and down 160 km around the fjord. I had some very nice and some horrific weather (17 hours of sustained rain without interruption). It was a truly beautiful journey, alone in the immensity of the fjord.

On the same trip I took that picture, not far from the famous Kjeragbolten. It gives an idea of the scale of the landscape. 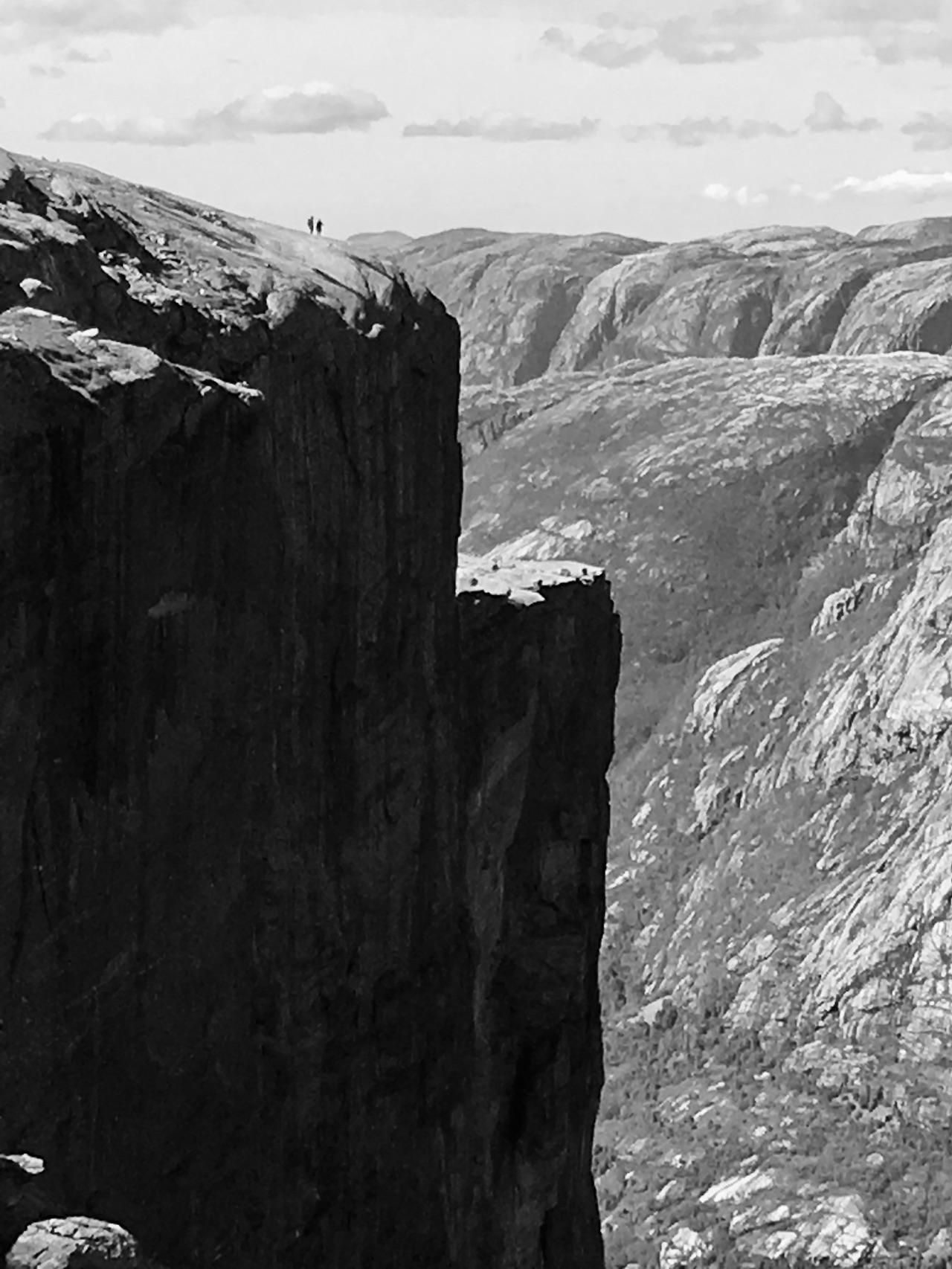 The fjords were glaciers, but these have not disappeared from Norway. The picture below was taken in 2011 on a road trip taken across the country. I do not remember the exact location unfortunately and there were no GPS in the cameras at the time to remind me of where it was taken. I just remember walking towards the end of a valley and peaking at this tens of meters -if not more- thick ice cap on top of the cliff. 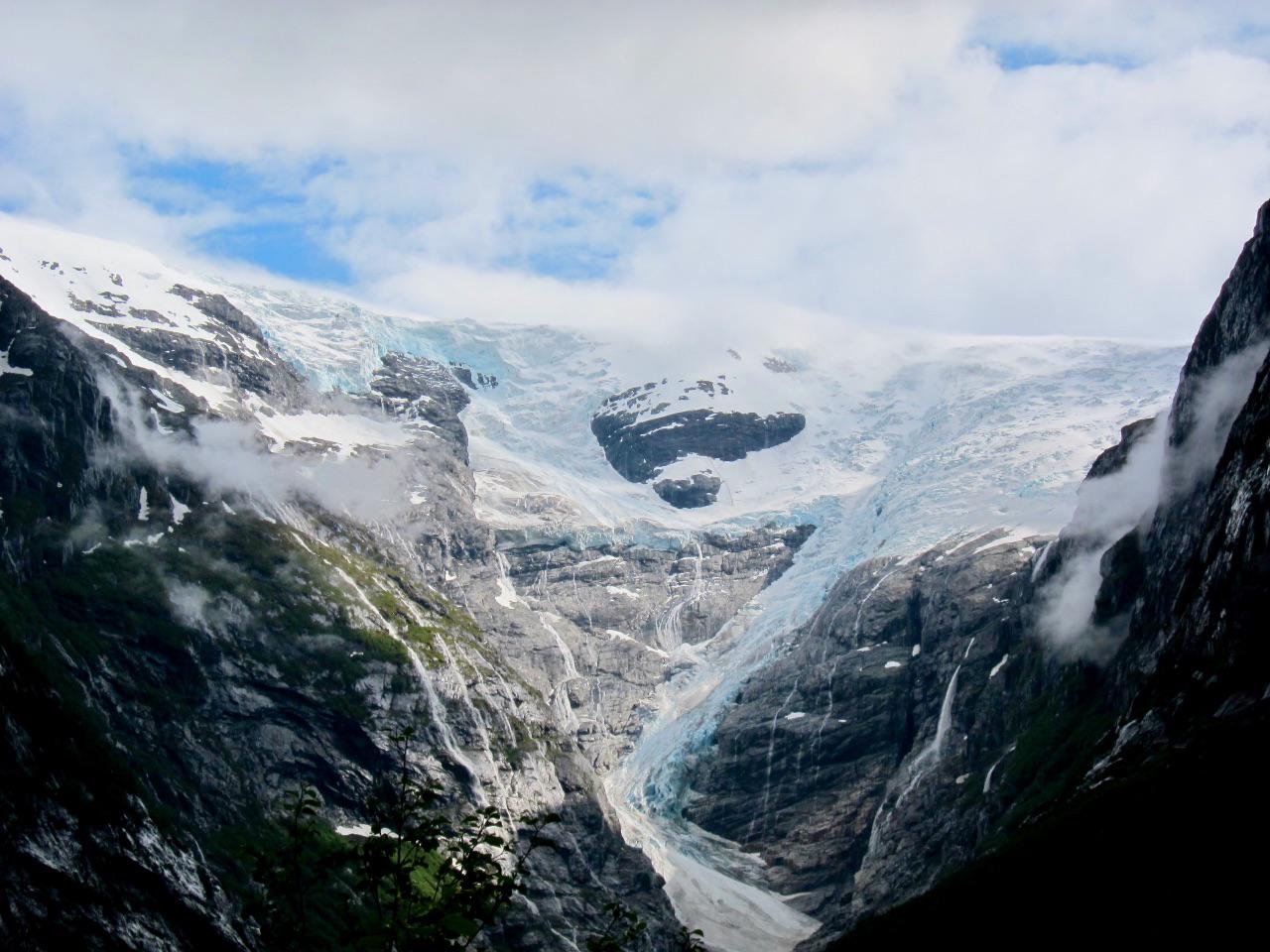 Between two fjords, this landscape was captured in a village which was not particularly known. It was not mentioned in the guide and yet the beauty of the landscape struck me. 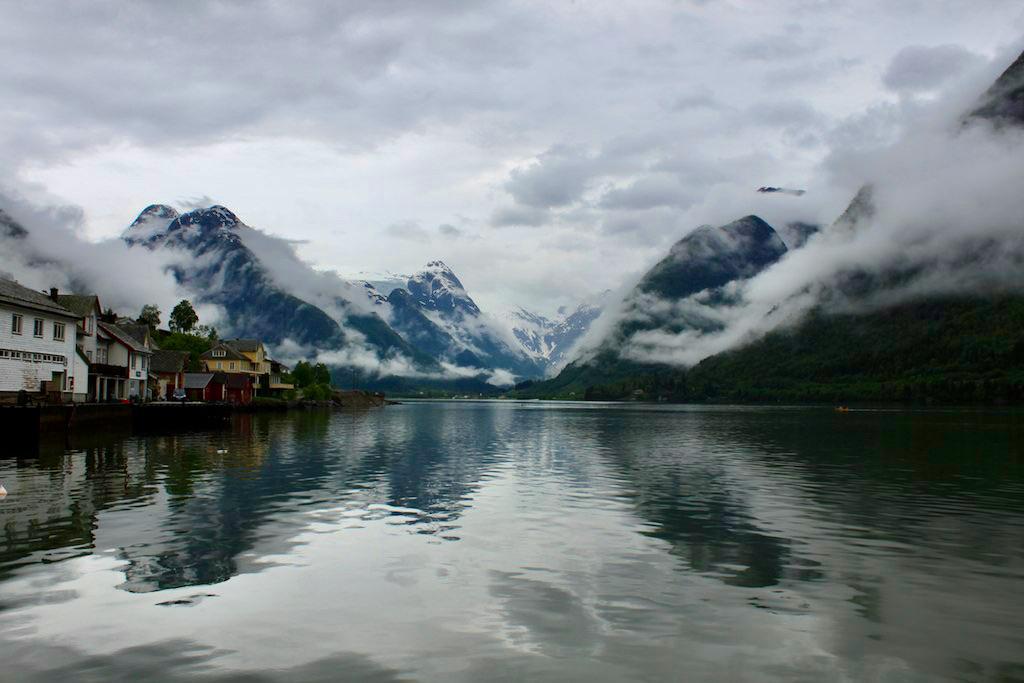 And because it is difficult to get tired of fjords, here is a picture taken during a hike on the sides of the very famous Geirangerfjord its huge waterfall. The ferry carrying cars helps apprehend the scale of the landscape. 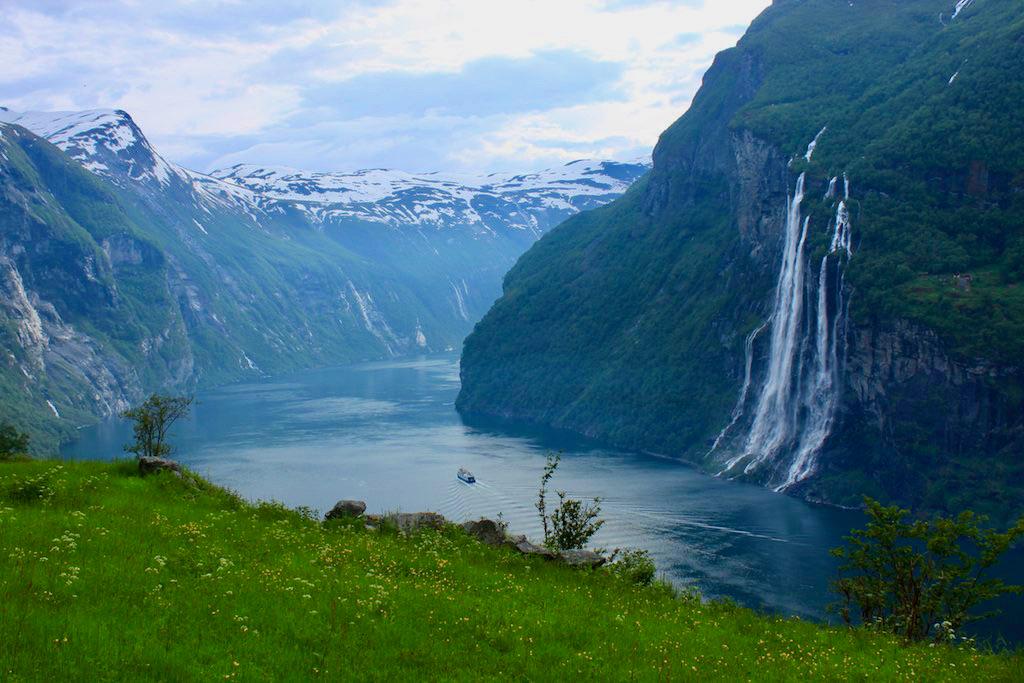