Living and working from home during a pandemic

A pandemic and seclusion at home. 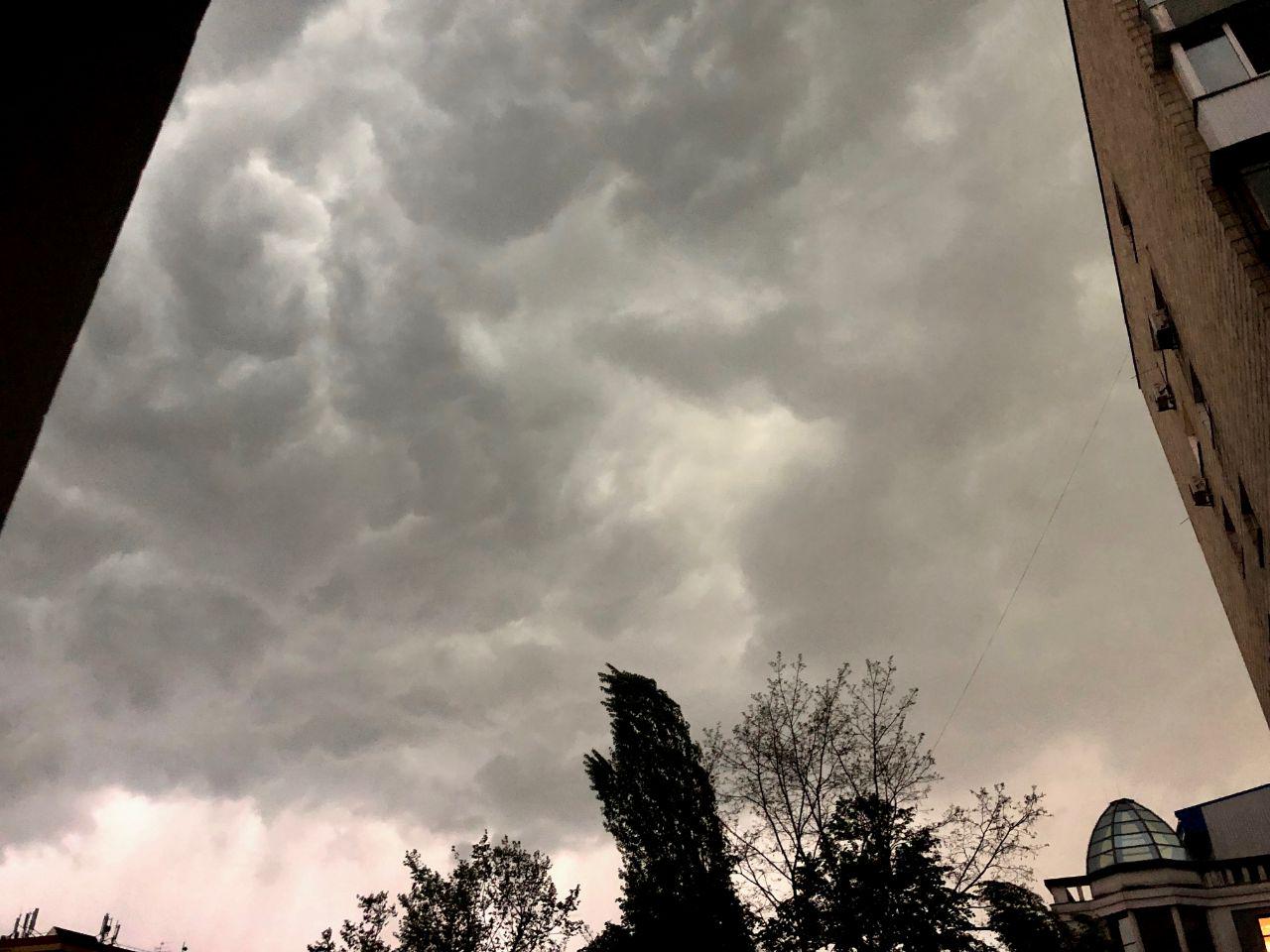 It is the first time it ever happened to me, like for most people I guess. My nearly 98-year-old grandfather confirmed it to me on the phone yesterday.

I returned from a weekend in Tuscany on 9 March. Before leaving, I had even joked with a colleague who was due to leave work at the end of the month that I better bid farewell since I would most likely not see him ever again. At the time, the Covid-19 crisis still appeared to be a rather mild threat and I had decided to go ahead with my plans. I said that and we chuckled, convinced that it was not that bad.

He left in a hurry a week after that when the news broke that the borders of Ukraine would close and while I sat at home “quarantined” from work. He has yet to know when he will be able to make his way back to Ukraine to hand over his computer assets.

The first serious measures taken by the Ukrainian authorities in relation to Covid-19 occurred just a few days after I came back from Italy. I flew home and called the doctor from work, who decided to put me on a quarantine (work from home) for 14 days, as a “precautionary measure” to avoid panic in the office. As I am writing this, my quarantine is long finished, but I am still at home.

This period coincidentally also occurred a couple of days after I moved into a new flat, which turned out to be rather ideal in such a situation. As if I had felt the epidemic coming, I rented the flat and got a blazing-fast Internet connection and cable TV set-up immediately. I also just had the time to a decent tea pot, some plates, cutlery, kitchen furniture, towels, and a simple desk. All stores closed after that. Although it is still possible to buy online and get delivery, this felt like a “last chance” purchase. I also considered buying a bicycle, but realized I would most likely not return to the office any time soon. 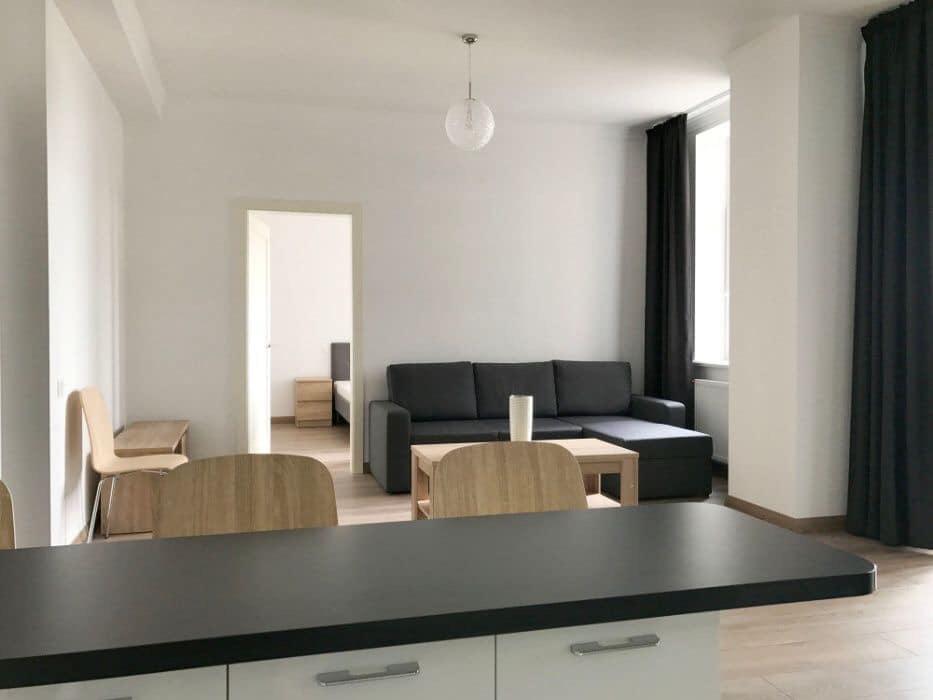 After some time of a rather mild quarantine (people are advised to stay at home, but that advice is not actually enforced), I went to the office at night and took one of my screens, as I realized that I would otherwise most likely end up working for quite some time on my laptop screen. Just a few days into the quarantine, I had my desk from home set up. 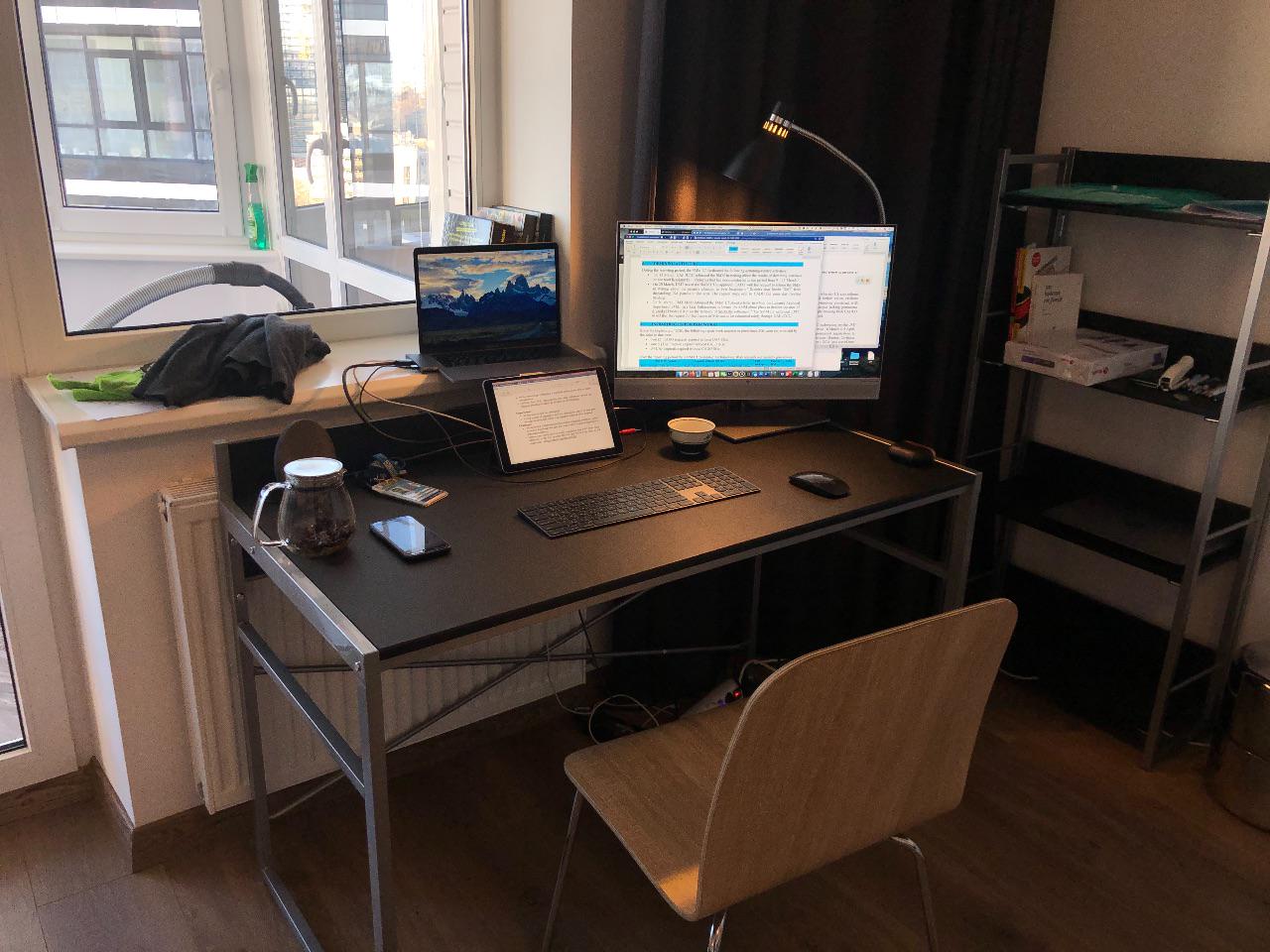 Now I am getting used to this strange rhythm and I am creating myself a schedule. Meetings occur through VTC and most communication is still channelled through the good old email system.

The positive effects: more concentration, more time for cooking, listening to radio and reading. The drawbacks: feel like going crazy at times, even though I very much like my new flat, tend to eat more and put on some extra-weight.

It feels as though this is going to last. Will see how it develops.